Photodough and Big Trigger, The Groupon For Photographers' Needs

Group discount sites like Groupon, Living Social and a slew of others have been supplying consumers with some very tasty deals. Every once in a while some of those sites included a few offers that photographers might find useful.  Now there are several sites specifically targeting photographers that have surfaced.  I  haven't used either so I can't vouch for whether it's worth joining or not, but I figure it can't hurt.

Big Trigger has offered everything from flash websites/plus photo cart for a little over $100.00 to $62.00 for a 20x30 gallery wrapped canvas.  It looks like they started off in August 2011 and are trying to get more people signed up so they can offer bigger and better deals.

Photo Dough has been in existence since March 2011, and has offered everything from template deals to a 12x12 photo album (including design service but not shipping) for $38.00, to $99 for a 24x36 Metal Mural (including mounting hardware and free shipping.)

It's actually a great way to try a company out, especially the labs, before investing in the full price.
Posted by Jesspeterson at 6:32 AM 1 comment:

Amazing photos by German amateur photographer Heinz Maier, who captures water droplets with high speed photography. During the day he works in a factory and plays with his art at night.  He's apparently only been at it for a year, but his beautiful macro photos certainly demonstrate that sometimes talent and ingenuity trumps experience.

Most look like colorful, decorative blown glass. Just beautiful. The burgeoning, global recognition of his art is well deserved. 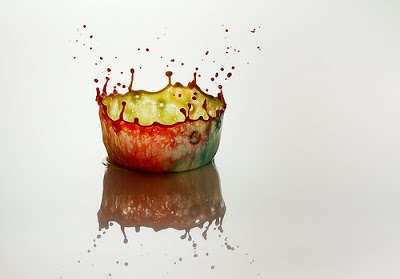 Posted by Jesspeterson at 2:31 PM No comments: 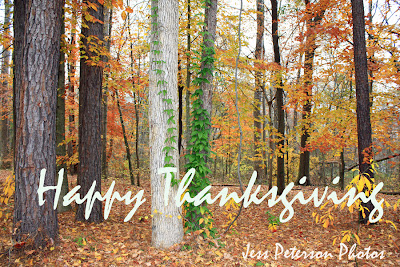 Wishing you all a very Happy Thanksgiving!  May it be filled good friends, family and good food.  Remember to take stock of all the things you are grateful for.

With love and many blessings.
Jess
Posted by Jesspeterson at 1:14 PM No comments: 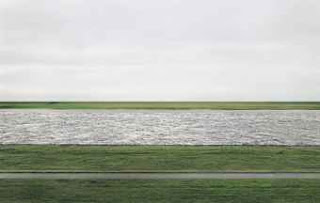 German photographer Andreas Gursky, born in 1955, garners millions for his work.  He received $2.4 million for  "99 Cent",   a digitally maniplated photograph of a 99 cent discount store.  And his Rhein 11 (see above), created in 1999, was recently auctioned off at Christie's for a whopping  $4,338,500. Also digitally manipulated, it now holds the record for the highest selling photograph in history.  Granted it's huge, at 73 x 143in , and mounted on Plexiglas (as are most of his works) but many seem to think it falls into the "I could have done that" category.

So what makes someone's artwork worth millions while others struggle to sell for a paltry sum? That's a question most artists struggle with on a daily basis.  For those of us who sell on sites like Etsy, Artfire and the myriad of other websites out there, trying to stay competitive influences how much we sell our product for.  When you have photographers selling their 8 x10 prints for under $20.00,  prices have to be adjusted if one wants to sell.  But most people have no clue how to price their work,  and seem to be happy simply breaking even.  They fail to realize that when it comes to 'art' not only do you have to factor in your costs (and there are plenty) you have to take into the account the actual value of the work.  That, of course, is subjective, but if don't value our own work, you can't expect anyone else to.

With everything in life, you rise to the level of your feelings of self worth.  Gursky obviously felt his work had value, and that's why it now sells for millions.
Posted by Jesspeterson at 9:38 PM No comments:

The Hidden Beauty Of Pollination- by filmmaker Louie Schwartzberg

The photography in this is incredible. From filmmaker Louie Schwartzberg's film "Wings of Life".

Posted by Jesspeterson at 9:16 PM No comments: