Dell XPS Studio 1640- Oversaturation of colors and other troubles

I was so excited when I ordered my new laptop. My old Dell was perilously low on disk space, and slower than molasses, which isn't a grand thing when you are trying to edit photos.

I had researched which laptops would be best for photography and graphics and came up with the Dell XPS Studio and the Lenovo Thinkpad W700D, which has a handy built in calibrator, but was much more expensive, so I went with the Dell XPS Studio 1640. I chose the FullHD RGBLED LCD screen and the ATI Mobility Radeon M96XT, which is the 4670, as far as I can tell. And 64Bit Windows 7.

I must have received a lemon, because I probably spent more time with tech support in the first few weeks then I did playing with the laptop. One major problem was that it kept shutting itself off, for no reason. Every day, right in the middle of doing something. I was not happy about that, and no-one seemed to know what the solution was. I also found that the colors on the display, especially the reds, blues and greens were way oversaturated and that too seemed to be beyond tech support's capabilities. Dell even sent a techie to my house with no results for either of those issues. The other problems, like my DVD burning software not working and being unable to watch youtube videos, were eventually solved; but the shutting off, no way was I going to live with that. So they replaced the computer with a new one, and I have had no problems since, other than the oversaturation troubles.

I spent hours searching on Microsoft and Dell, and googling trying to find a solution and no-one seemed to have one. I posted on forum boards and nothing. Until today! I finally found the solution, thanks to someone who posted how to access the hue and saturation settings in the CCC of the ATI.


Last week I received my xps 1640 as a replacement for my dead m1530 and ever since have been going through forums and trying to find out how to get rid of the over-saturated red. I've spent HOURS installing all kinds of drivers, trying custom icc files posted here, etc...!
10 minutes ago I finally found where the hue and saturation setting are in the ATI ccc which nobody has been able to discover, including Dell who had already agreed to replace my screen because of the reds... gotta call them tomorrow to cancel. Am so happy with my screen now!

Anyway, I installed the latest ATI drivers from the AMD website and used the mobility modder to mod them so that they can be used correctly with the laptop vga card (although I'm sure that this option is in every version).

1) In the ccc switch to "Advanced" mode
2) At the top left where there's a menu titled "Graphics" with a small arrow next to it, choose "Desktops & Displays"
3) On the bottom left there should be a small picture of a laptop with the number "1" next to it. Right click on the picture of the laptop and choose "Configure"
4) It should now open a new screen. Just go to the middle tab "Avivo Color" and play around with the Hue and Saturation.

Your best bet is to play around with different settings depending on your preferences.

I can't believe the difference, and that no-one at Dell had a clue. Now I need to recalibrate and I'm set.
Posted by Jesspeterson at 9:54 PM No comments:

Butterflies and other flying beauties 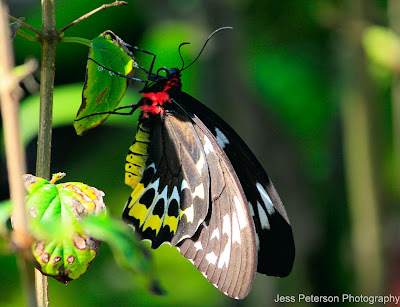 I joined a local photography meetup group this past Sunday for a photo shoot. The weather was absolutely perfect, cool, sunny, with clouds. The great thing about being a cold day, although not good for the butterflies, it was great for us. Cold 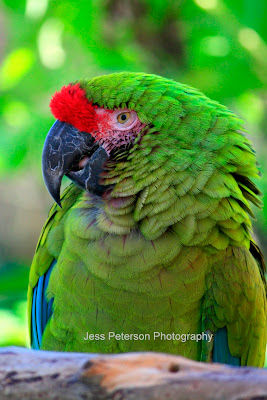 weather isn't very conducive to fluttering around, so the butterflies were very cooperative models.

I used both my Canon DSLR EOS Rebel 450D and my Canon Powershot A710IS. The Powershot takes as good pictures as my DSLR, so I like to get shots with both. My next post will be comparing the shots I took with both cameras.
Besides butterflies there were several aviaries where you can see hummingbirds, lorikeets and other colorful birds. There is a garden that was supposed to have passionflowers, but very few were in bloom. There were some other beautiful flowers on the grounds, though.
All very colorful. I still have a ton of photos to sift through, I will be listing some on etsy, soon.
When shooting butterflies, they say to wear perfume to attract them to you. I also noticed they were attracted to bright colored clothing. A few loved my orange jacket.
Best time to take butterflies is in the morning before they have warmed up.
Although I used a macro lens, for some of the shots, I found that I got some great captures with both cameras not using the macro. A nice zoom lens is good. Take as many photos as you can. If you have a sports setting, try that setting on your camera. And have fun and a lot of patience.
Posted by Jesspeterson at 11:52 AM No comments: