Vivian Maier- Street Photographer From The 1950s to 1970s 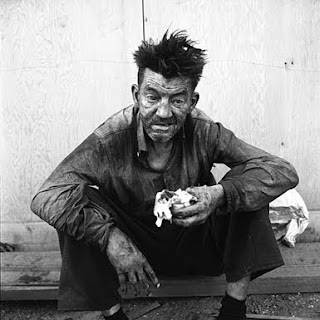 Vivian Maier lived in relative obscurity as a 'street' photographer for her whole life, but some recently discovered photos and undeveloped film inspired Chicagoan John Maloof to create a blog dedicated to her work.  He is now trying to get financing to shoot a documentary film about Maier's life, which sounds fascinating.

Born in New York to a French mother, she worked as nanny/caretaker, but apparently loved photography, taking a ton of rolls of film, many of which were undeveloped when Maloof purchased a box of her things at an auction house for about $400.00. Little did he know what he would unearth. He claims there are anywhere from 30 to 40,000 negatives.

Many of her B&W photos are posted on Maloof's blog, and a Flickr discussion explains the beginnings. Well worth checking out. And if you feel you want to donate to the documentary film, you can click here.

Posted by Jesspeterson at 8:37 PM No comments: