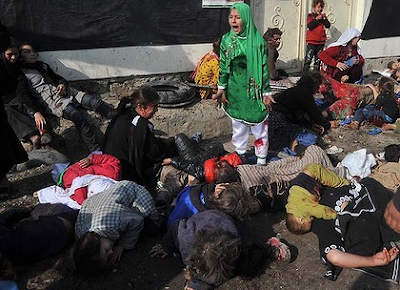 Not everyone appreciates this kind of journalism, and in some ways it does make one question the appropriateness of flashing a camera in certain situations, but it's also important to make sure that we serve as witnesses to the horrors in the world.  In spite of photographic evidence of the Nazi Holocaust, there are still those who claim it never happened. Imagine not having proof.
Posted by Jesspeterson at 9:24 AM